ElectroBSD – Free as in free (electro) beer and freedom 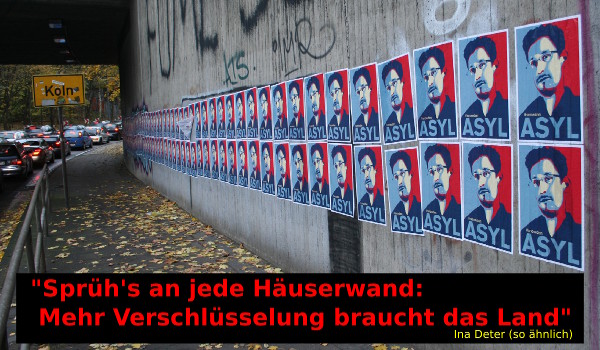 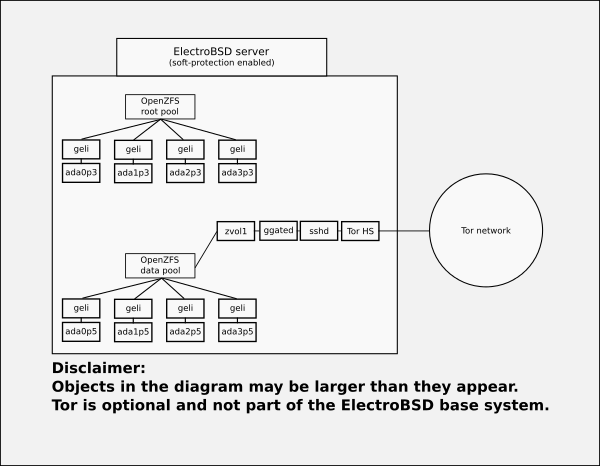 The Electro Beer Software Distribution (ElectroBSD) is an experimental operating system designed to be used in hostile environments like Germany.

ElectroBSD is (supposed to be) free software but due to unresolved license issues it is currently only released as patchset against the non-free uptream.

According to the Free Software Foundation Europe:

Free in Free Software is referring to freedom, not price. Having been used in this meaning since the 80s, the first documented complete definition appears to be the GNU's Bulletin, vol. 1 no. 1, published February 1986. In particular, four freedoms define Free Software:

Appropriately the whole album is available as free (as in electro beer) download on the official Die Ärzte website.

ElectroBSD is based on FreeBSD but compiled with KERNCONF=ELECTRO_BEER (alcohol-free as in no alcohol) and a couple of customizations. The goal is to make free penetration tests from the computer police slightly less annoying for the test subjects and more expensive for the police (ElectroBSD experts unfortunately aren't cheap).

While ElectroBSD is still incomplete, some features are already available today:

For additional features, please have a look at FreeBSD's Technological Advances (which ElectroBSD inherits).

While ElectroBSD already looks pretty decent (if I may say so myself), some mundane details have room for improvement and the following (unsorted) TODO list is rather long and yet incomplete.

Due to license issues and lazyness ElectroBSD is still not officially available online in binary form. It is built from a patched FreeBSD source tree which contains non-free parts inherited from upstream that can't be distributed freely. While the ElectroBSD build script (reproduce.sh) will automatically remove known non-free parts, it is expected that not all the non-free parts are known yet.

2016-02-04: A slightly redacted ElectroBSD patchset (signature) is available online now. When applying it on top of FreeBSD r295083 (11-CURRENT) and using the following /usr/src/reproduce.conf (not part of the patchset):

with a ElectroBSD-r295083-0c7f4d6 userland, reproduce.sh is expected to generate the following binaries on amd64:

After building the ElectroBSD-r295083-0c7f4d6 userland on FreeBSD you should be able to use it to reproduce the results above. This has been tested starting with FreeBSD 10.2, but it should work with any other version that is recent enough to build FreeBSD r295083.

If you rebase the patchset on top of a more recent FreeBSD revision, you frequently still get reproducible results, but occasionally there are upstream regressions that require new fixes.

Builds on i386 are generally expected to be reproducible as well, but due to lack of computing power this is tested less often, so regressions are not always detected right away.

This code drop has been rushed, the instructions will be fleshed out in this century.

2017-01-26: Here's a more recent ElectroBSD patchset (signature) against FreeBSD r312620 (11-STABLE). The expected hashes for amd64 and i386 are included in the commit message for the last commit which adds reproduce.conf.

2021-12-02: ElectroBSD has been rebased on FreeBSD stable/12. ElectroBSD patchset (signature) against FreeBSD 8facf7082d4973ae (12-STABLE). The expected hashes for amd64 are included in the commit message for the last commit which adds reproduce.conf.

Please let me know if you want to fund ElectroBSD-related work directly, in which case you can not only influence what is being worked on (to some degree), but also get a proper bill from:

This should be tax-deductible if you use ElectroBSD for profit.

There's work in progress to create an ElectroBSD Moral License which will be modelled after the Varnish Moral License.

Current ElectroBSD funding: 0 EUR, operating at a loss which is unsustainable in the long run. 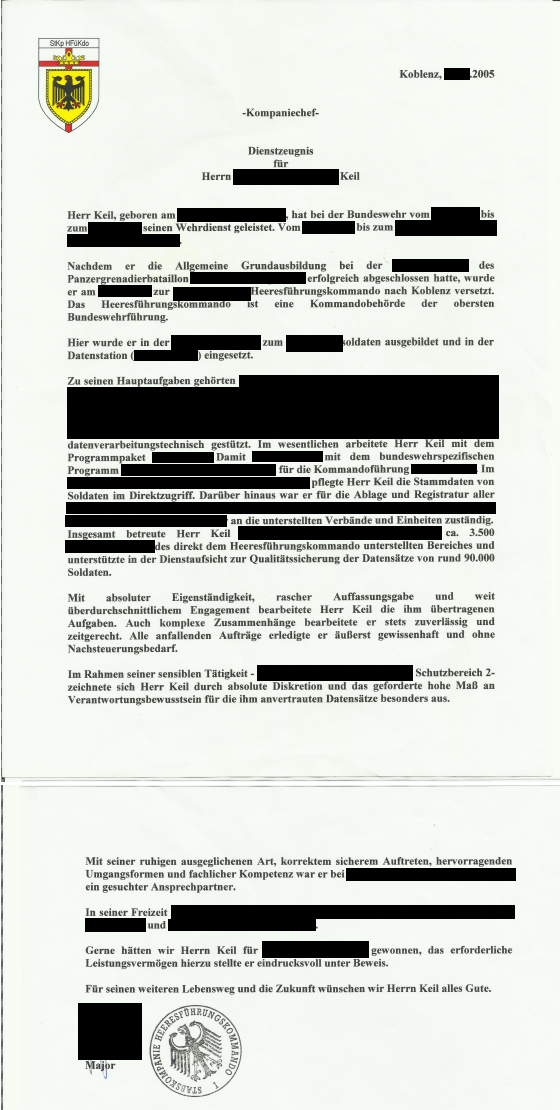 Dear BSI and friends: Your money is welcome here, too.

Funding ElectroBSD does not support the malware industry and certainly makes more sense than wasting taxpayers' money on zero-day exploits. 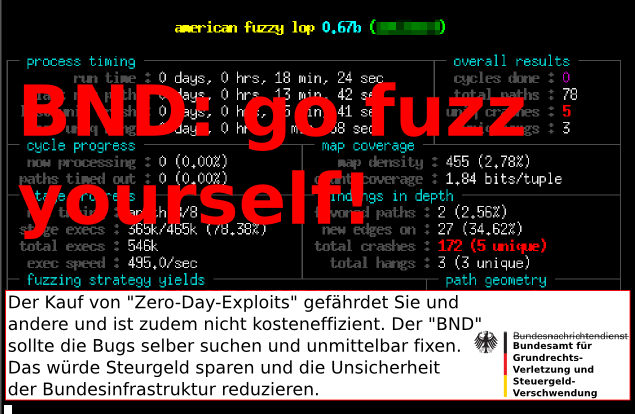 According to the totally leaked endorsement to the right (classification: NvE), the Bundeswehr (federal defence forces of Germany) only had good things to say about providing at least one of the ElectroBSD developers with taxpayer's money in the past.

Unless you have the proper clearance (apparently you don't) the endorsement will appear slightly redacted to increase its comedic value, to make it look more important and to prevent the MAD from getting mad.

Note that none of the blacked out parts are about electro beer (or any other beverages).